Science Was Born of Christianity 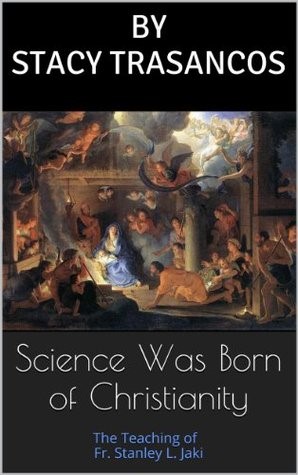 Science Was Born of Christianity: The Teaching of Fr. Stanley L. Jaki

It is a stark claim to say that science was born of Christianity, but do not reject this claim without understanding it, as so many have done. This book provides the historical research and the reasoning in outline form, to be read beginning to end, browsed one chapter at a time, or referenced when presenting and defending the argument to others. The claim that science was “stillborn” in other cultures and “born” of Christianity is more than a claim that man saw order in the world.
Jaki’s historical research specifically considers the theological history of science and the effect of ancient religious mindsets on the development of science. This story is about how faith in divine revelation caused a departure from ancient worldviews of an eternally cycling universe and led to the breakthrough that was necessary for the Scientific Revolution to occur. This departure, this breakthrough, this birth, was not based on observation or experiment but on faith in the Christian Creed.