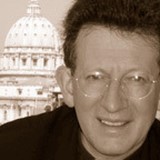 He is Fr. Jaki’s first and principal biographer with the work Creation and Scientific Creativity: A Study in the Thought of  S.L. Jaki. Paul Haffner is a priest and professor of theology at Duquesne University Italian Campus and visiting professor at  the Pontifical Gregorian University. He has been teaching philosophy and theology for over 20 years in the Eternal City. Author of over 30 books and 150 articles on philosophical and theological themes, he is also editorial director and representative to the Vatican for Gracewing publishing.
More

Antonio Colombo (Varese, Italy, 1949), obtained an MS in Electronic Engineering at the Politecnico di Milano in 1974. He worked as an IT specialist for all his professional life, and collaborates with a few Free Software projects, mainly to do with the text editing Vim command and the Unix/Linux Gawk command. He met Father Jaki in 1999, and collaborated with him from 2000 to 2009, proofreading his works in English, and translating some of them into Italian, including Questions on Science and Religion, Bible and Science, The Ethical Foundations of Bioethics. He also translated Nazir Ali’s The Unique and Universal Christ.  He is happily married since 1976, father of three children, and has six grandchildren.  Ever since his school days he has belonged to the Catholic lay ecclesial movement Communion and Liberation. 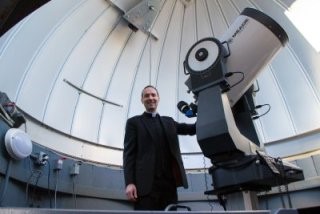 He is a priest of the Archdiocese of Newark, in New Jersey, USA. He is a member of the Seton Hall University Priest Community and teaches courses for the Departments of Mathematics & Computer Science, Catholic Studies, and Theology. Father Laracy has completed a doctorate in fundamental theology at the Pontifical Gregorian University in Rome. He also earned a B.S. degree from the University of Illinois at Urbana-Champaign, a S.M. from MIT, and a S.T.B. and S.T.L. from the Gregorian.
More